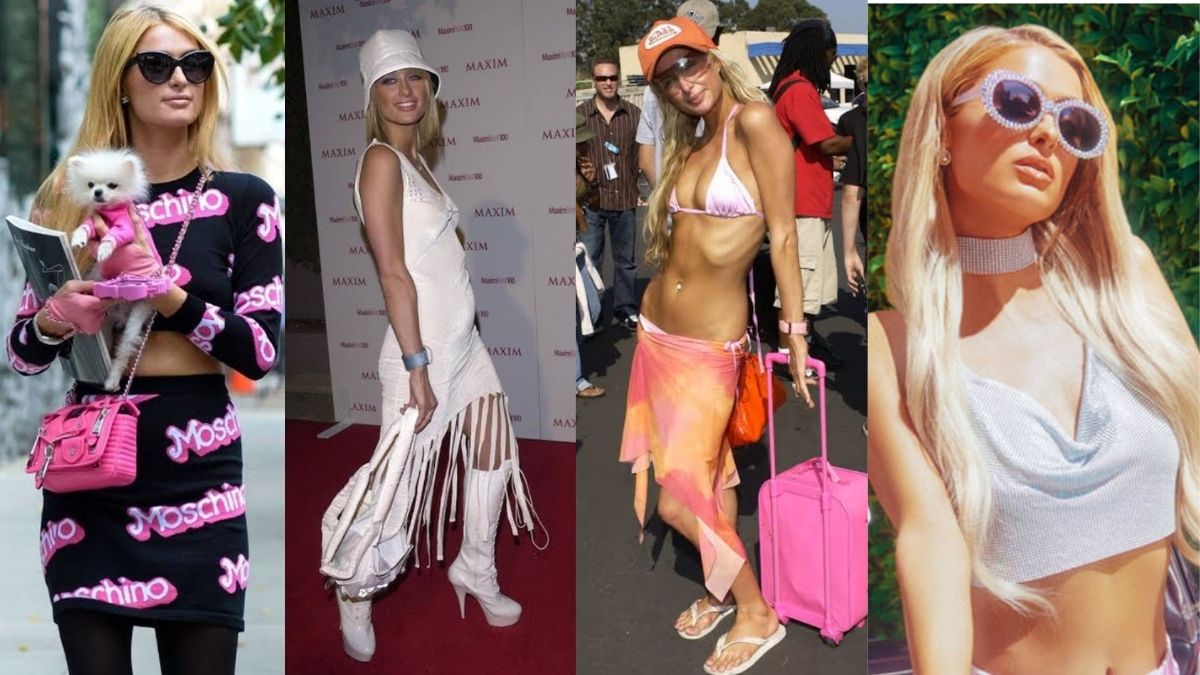 Today, most of the influencers set along fashion trends with their unique styling or out of the box glamour approach, and instantly they turn out to be the hit ‘trend setters’. Fashion and Beauty moguls like the Kardashian
-Jenner clan have been shining in the pop-culture for their class apart styling. However if we trace back to the early 2000s, it was Paris Hilton who ruled the TV and was often tagged as the ‘Queen of Reality Television’.

Hilton turned out to be the ‘It girl’ of the Noughties as along with appearing on TV, she slowly started publishing books, launched perfumes and also went on setting a trend for having tiny pets! Recently, the fashion mogul, 40, is seen in Lanvin’s spring/summer 2021 campaign.

However, we are here to give you a major throwback to the time where Paris Hilton got us influenced by setting some dazzling fashion and styling trends in the 2000s. Enjoy the read:

1. Love for Trucker and Bucket hats:

Hilton relished having a lavish lifestyle, but her wardrobe didn’t miss out on the basic hats like the truckers and buckets. The fashion queen would pair the hats with any of her outfits and just like that it instantly hit the trend list of the Noughties!

Remember the 2000’s when miniature bags were quite a style statement? Well the credit behind this trend goes to Paris as she was often seen flaunting a vast collection of her cute handy bags. These bags were also seen as the most happening accessory for most of the women back then.

Hilton sported the low waisted skirts and trousers like a pro! She boldly turned the under waist dressing style into fashion and was often witnessed wearing her low-slung dresses and crop tops, which would give us a better glimpse of her perfectly tonned midriff.

Paris holds a very feminine persona, she carries herself with grace and power. Guess which color describes her the best? You got that right! It’s the powerful pink which the actress and model donned like a champion.

Hilton gave us the perfect example of comfort over style, however she made sure that her home tracksuits turn out into a major style statement! The model made it a hallmark of being spotted in her comfy clothes at casual events.

The Noughties saw the trend of some huge shades which were termed as wraparound glasses. Paris made sure to influence us with the same trend as she was often seen wearing those gigantic shades in different colors.

7. Carrying Tiny Dog as an Accessory:

Ever thought of pairing your outfit with your pet? Well, Hilton did that with a style! The diva made it a point to carry her tiny dog under one arm and walk like a boss, which definitely influenced many celebs and fans on following the same cool trend.

The actress set a trademark for flat caps and crop tops. The 2000’s saw a crazy trend for flat caps which could be paired along with any outfit, while the crop tops would allow Hilton to show off her toned midriff.

West Indies cricketer Kieron Pollard’s father passes away; Pens down, “I do know you are in a better place”