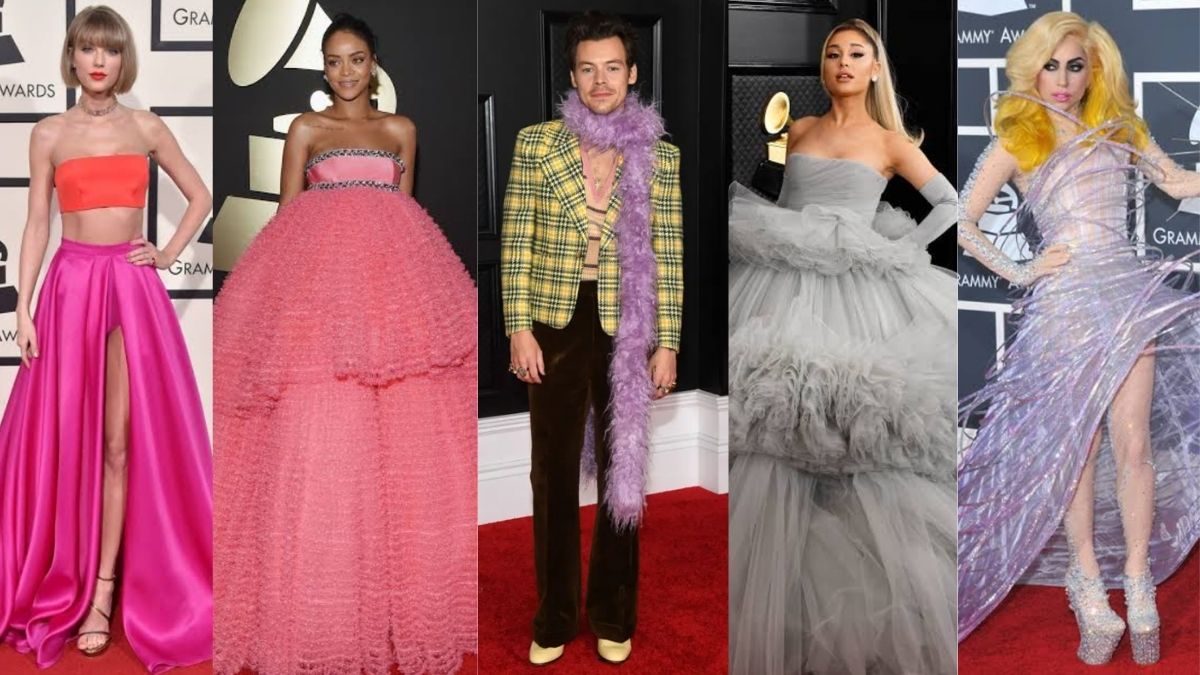 The 2021 Grammy Award which aired on Sunday, proved out to be one of the biggest night for the music industry! The Grammys have always been special as no other award shows can ever compete the high on fashion style and jaw-dropping glamorous outfits that the celebs decide to flaunt on this occasion.

It’s one of those awards where we come across to some daring and bold style statements from the hottest artists. Celebrities carefully decide on their desinger outfits which not only fullfill their purpose of standing out amongst the rest in terms of looks, but these eye-catching dresses depict their personality along with their touch of musical message to it!

With the 63rd Annual Grammy Awards constantly making it to the headlines for some daring looks, let’s take a trip down the memory lane recalling some all-time best outfits of the artists who have made the heads turn in the history of Grammy. Let’s have a look:

The ‘Watermelon Sugar’ singer pulled out a green feather boa around his neck with a black leather suit from Gucci, without a shirt underneath. Fans couldn’t keep calm as the singer raised the bar with his hot style statement.

Ariana had made a stunning entry on the red carpet of the Grammy Awards last year, donning a gorgeous ‘Cinderella Dress’. She wore a custom Giambattista Valli blue-grey tulle dress with gloves.

The ‘WAP’ queen grabbed all the attention of Grammy Awards 2019, with her ‘oh-so-stunning’ outfit. The rapper decided to dress up as a human pearl in an oyster shell gown. This iconic look was an archive piece from Mugler Couture’s Fall 1995 collection.

The singer decided to walk down the red carpet wearing a hallo full of bejeweled stars in her hair. Her presence gave a heavenly touch to the Grammy Awards of 2018. She flaunted a flowy Gucci gown, which went well with the star studded hallo.

The singer won the Best Album of the year (2016) award for ‘1989’. Swift grabbed all the attention through her style statement as she pulled out a color-blocking Atelier Versace ensemble.

The bad girl RiRi walked like a queen on the red carpet of Grammys in 2015. She wore a Giambattista Valli strapless, empire waist tulle dream from the Haute Couture collection.

This Pop-queen turned the tables with her ultimate style as she donned a menswear-inspired Ralph Lauren moment back in the Grammys 2014. The singer does everything with a style!

The rapper turned heads while she walked the red carpet of Grammys 2012 in a gigantic red Versace cape edged with black beads, red satin gloves and a blonde wig. Her other attention-nabbing accessory: a date on her arm who was a look alike of Pope.

Gaga knows how to make a grand entrance in the red carpet! In 2010 the singer wore Armani Privé for
her sparkling intergalactic pre-ceremony red carpet look.

JLo gave us the ultimate and the most sexiest look by far in the history of Grammy, as she donned a green plunging jungle-print Versace, back in Garmmys 2000. The slit of the dress till her navel had brought in all the oomph and it definitely made waves!

IND vs ENG: Axar-Ashwin duo helped India to win the fourth match by an inning and 25 runs and series by 3-1