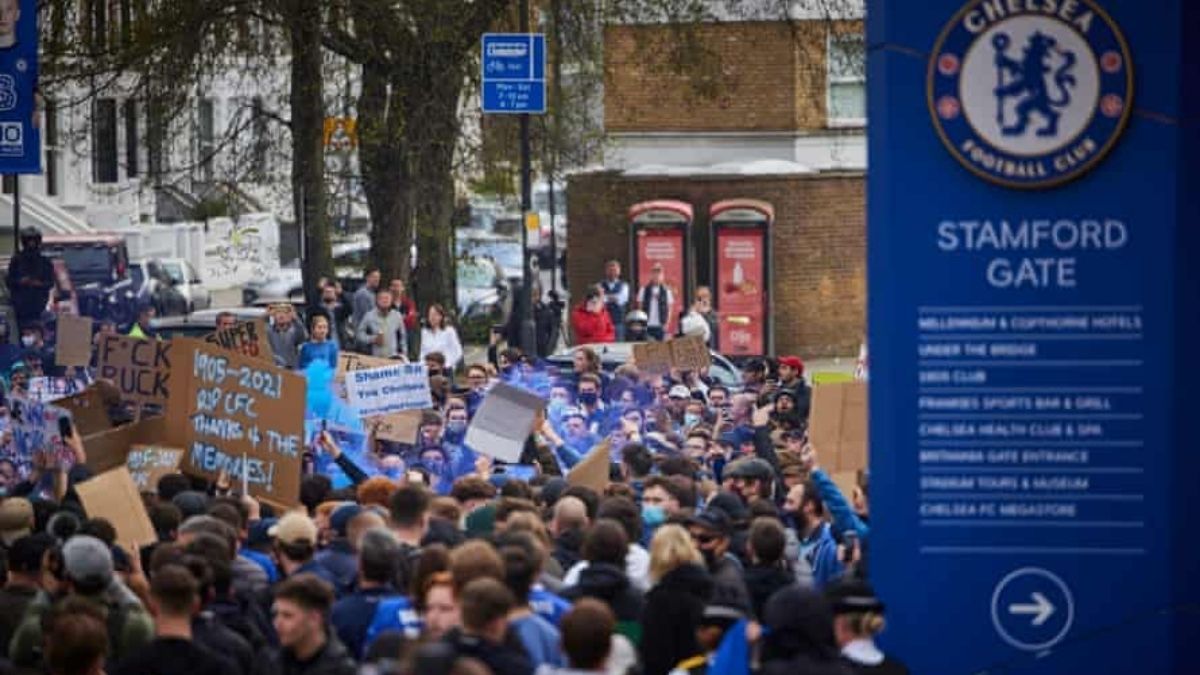 On Sunday evening 12 of the World’s biggest clubs on football announced that they would be coming together to form the Super League. As soon as the announcement was made there was a severe backlash from the fans and the football community as a whole. The respective governments and the Football Associations of these teams were ready to remove them from all domestic leagues and cups. UEFA and FIFA were also ready to ban the players from playing any International level football.

When the matter reached to the Prime Minister of UK Boris Johnson who said he would do everything in his power to ensure that this league does not go ahead for the 6 premiere league clubs who were planning to join. There were threats of taking away the work permits of these clubs and protests by fans all over the country. The players themselves condoned the formation of this league with Bruno Fernandes being the first player to speak out, followed by Luke Shaw, Marcus Rashford and the whole Liverpool team. Liverpool captain Jordon Henderson also called a meeting of all the captains of the Premiere League teams to discuss this issue. Ex players like Garry Neville and Jamie Carragher were already leading the charge against this league going to the extent of criticising the owners of their ex clubs.

Chelsea was the first club to withdraw their name from the Super League followed by Manchester City and the other 4 clubs. The 2 clubs have made an official announcement regarding their withdrawal, and late last night Liverpool owner John. W. Henry apologised to the fans regarding the Super League. This has also led to the resignation of Ed Woodward who was the Director at Manchester United. There are strong rumours that the Glayzer family is looking to sell Manchester United. Barcelona and Atletico Madrid have also withdrawn their names.